Looking for tips and tricks to improve my system and ability to play games like CS:GO or similar from pros.

Any other suggestions are welcome as well.

Ask if you need any more settings or specs

Not much more to it

Turn your graphics settings down to low
S

Most pros run a low res like 1024x728, and they use 240hz monitors. The lower the response rate the better, so 1ms G2G IPS or TN monitor is your best bet.

Get headphones with a wide soundstage, and wireless gaming mouse like the Logitech G Pro wireless. Nothing beats game sense, reaction time and lots of practice with aim though.

The biggest benefit as already mentioned would be to get a better refresh rate to work with for a monitor. Aside from that, making sure you can keep the minimum fps above the maximum refresh rate of the monitor (ie 120, 144, 240) would be the next logical step to pair with the monitor.

With those things set, get a mouse speed you think is appropriate for your play style. For example, i've used the same general mouse speed in every fps game for the last 15 years. I like my wrist flick to be exacly 180*, and a quick double flick gives me 360*. I prefer this over having a 360* wrist flick as it gives me twice as much fine detail in my movement. Different people use different settings. Try out a few and see what you're most comfortable with if you don't already have one set.

The next one, and for a lot of people the most important one, is play the game A LOT. Find a few friends that share your passion and just grind all the time. Try to play with people above your skill level. It will force you to learn from them and adopt better habits.

There's also a never ending stream of tips and tricks on youtube from legitimate players that will get you fine tuned on specific games and settings.

As far as your current system, I'd say turn off vsync and run some tests to see what your minimum frame rates are in csgo at different resolutions like 720 / 1080 ect. It will give you a baseline to see what may need upgrading if you do get a higher refresh rate monitor.

Don't forget not to sweat about your results. If you're not already beating everyone you play with, we're all born with different ability levels, and pro players are just that, freakish athletes. I've always considered myself an enthusiast fps player, but I've had clan members that were literally other worldly in their reaction times and instincts, and were earning money to play video games. If you're not in a clan or a member of a team, start reaching out to people on forums like this or reddit. I can honestly say that my absolute fondest memories of pc gaming were just clan members dicking around chatting about nonsense, and I still have many of those friends I've kept outside of gaming away from the keyboard.

Update up top ^ Got a monitor finally
S

Set your mouse to a high DPI setting, but low in-game setting (A high in-game setting will cause it to "skip" pixels). You want to be able to do a 360* without needing to be able to pickup and reposition the mouse. There is no one "standard" setting for this as it's personal preference.
Turning off Mouse acceleration is recommended, if you have always used mouse acceleration (its on by default in windows) there will be a adjustment period to using it.
Crank up the gamma so you can see in dark areas better.
Reducing/removing graphics can help. It's common in many games to turn off grass effects so people hiding in foilage are easier to spot, as an example.
A quality headset makes hearing positional audio much easier than a cheap one.
Get a nice large mousepad. A slick mousepad makes it easier to make tiny aiming adjustments, a cloth or grippy mousepad will help hold your aim in place.
S

A full 360 would take me like almost 22 inches and is more runway than I have on my large cloth pad.
C

socK said:
A full 360 would take me like almost 22 inches and is more runway than I have on my large cloth pad.
Click to expand...

Yea, I never could get this sort of high DPI turn thing down, it's too difficult to aim normally with my DPI that high

Neverwinter Nights Hordes of the underdark is similar to CSGO. 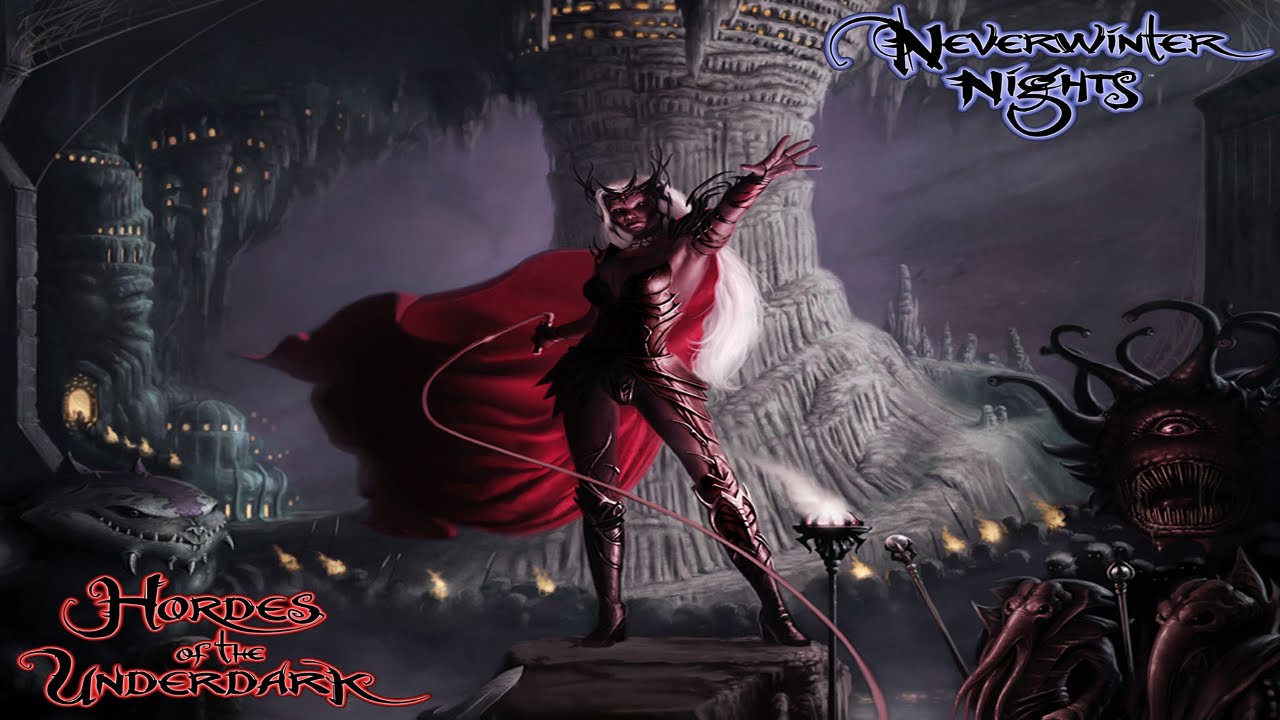